Quartz is such an interesting mineral.  Ancient Greeks called the clear crystal ‘crystalos’ (permanent ice) because they thought the ice was frozen so solid that it wouldn’t melt.  Simply put, quartz is the most abundant mineral in the earth’s crust, and has been prized for centuries. 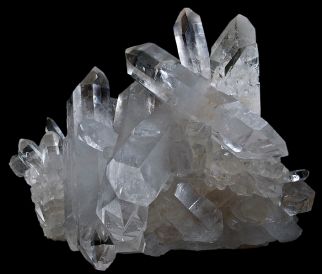 Quartz is known to amplify energies of other stones if placed nearby, helps reveal the truth, and is used for divination and scrying.  Healing includes amplifying/strengthening the aura, cleansing/shifting energy, releasing blocked emotions, bringing calm, increasing clarity of though, and bringing spiritual peace (for meditation, etc).  Keywords include Brightening, Organizing, and Amplifying. 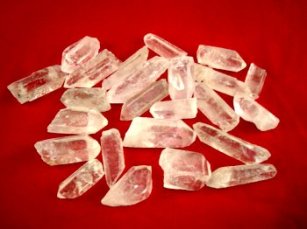 There are so many varieties of quartz given its common chemical component of silica dioxide (SiO2).  Macrocrystalline varieties (larger grain sizes visible to the naked eye) include: