Owls are commonly featured in myths and legends of many cultures, tied to mystery, wisdom, omens, visions, fertility and even death.

Owls are nocturnal, and are symbols of the feminine, the moon, and the night.  They have been called a ‘cat with wings’.  The owl is a bird of magic and darkness, of prophecy and wisdom. 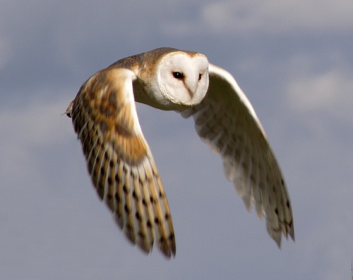 To the Greeks, owls are tied to the goddess of wisdom, Athena, and was the guardian of the Acropolis.  To the Christian Gnostics, owls are linked to Lilith, Adam’s first rebellious wife who refused to be submissive.  To some Native American tribes, owls were varying symbols of protection, prophecy, or sometimes evil and death.

Some superstititions say owls are the reincarnation of the dead and are able to extract secrets.  Because owls are a bird of the night, they are symbolic of the ‘darkness within’, the place where people hide their secrets.  Their silent movements and hauntingly beautiful faces probably add to the seductive mystery.

Working with owls and owl magic, you can try to see and hear what others are trying to hide, see into the darkness of their souls, working with your gifts of clairvoyance.