The Mabinogion is a collection of Welsh stories, mostly mythology and folklore, including the earliest Arthurian myths. 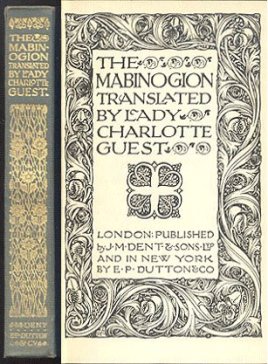 The stories were originally found in two manuscripts, the White Book of Rhydderch (1300-1325) and the Red Book of Hergest (1375-1425), however some of the stories are thought to have been written as early as the 11th century.  Lady Charlotte Guest was the first to translate these stories to English in the mid-19th century.  Curiously, the name ‘The Mabinogion’ is thought to have arisen from a translation error of ‘Mabinogi’, meaning ‘tale of a hero’s boyhood’.

The Mabinogion is divided into three categories:

The first four stories, the Four Branches of the Mabinogi, all containing a central character, Pryderi.  In the first story, Pwyll, Pryderi grows into a man.  In the second Pryderi is scarcely mentioned, however Branwen marries the King of Ireland.  In the third, Pryderi return home with Manawydan, brother of Branwen.  The fourth involves Math and Gwydion, who come into conflict with Pryderi. 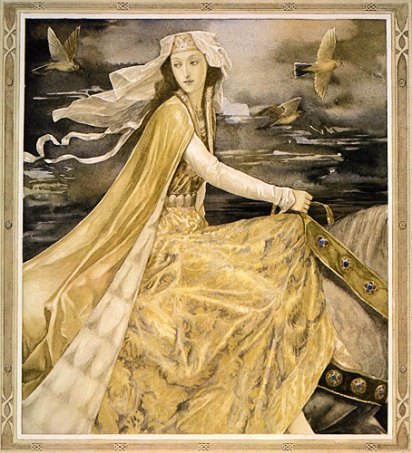 In the Independent Tales, The Dream of Macsen Wledig involves an emperor marrying a maiden he saw in a dream.  Lludd and Llefelys tells the story of Britain suffering from three strange plagues.  The next two, Culhwch and Olwen  and The Dream of Rhonabwy, involve King Arthur and his companions.  A fifth story sometimes included is the Tale of Taliesin, however this story was not found in the earlier manuscripts and is thought to have been included at a later stage. 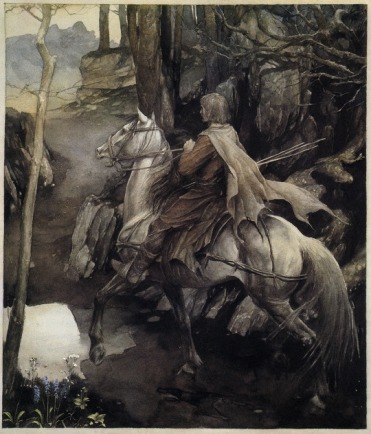 The Welsh Romances, Owain, Peredur, and Geraint and Enid, are similar to the French Arthurian romances written by Chrétien de Troyes in the 12th century. 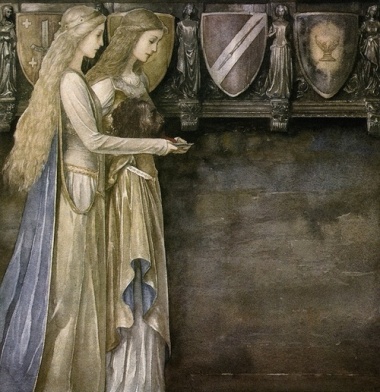 The entire collection is set in a magical Welsh landscape with giants, magical creatures, beautiful women, and brave heroes.  They deal with the theme of fall and redemption, loyalty, marriage, love, fidelity, the wronged wife, and incest.

Given that the fantasy fiction genre was practically unknown before its publication, The Mabinogion has had a huge cultural influence.  It introduced literary figures such as King Arthur and Merlin, and has provided a basis for European and world literature that has been published since.